Andrea Contri is a businessman operating out of Moderna, Italy. After several journeys to White Lion territories, Andrea was inspired by Linda Tucker’s prompt that he was capable of experiencing interspecies communication. He has since become a celebrity figure in Italy, furthering people’s understanding of the imperative to reach across the species barrier, and hear what animals are trying to tell us.

Angela Neumann is a leading philanthropist and pioneering animal healing practitioner, based out of Germany. After reading Linda Tucker’s book Mystery of the White Lions and making a pilgrimage to their heartlands, she and her husband Udo generously donated the funds for extending the White Lions’ Protected Area, securing ancient land by over 1600 acres which includes the source of the all-important Timbavati river. Angela is a founding educator at the White Lion Leadership Academy.

Dr Apela Colorado is the President of the Worldwide Indigenous Science Network, operating out of Maui, Hawaii, and powerful influencer for change on this planet. After a trip to White Lion territories in 2006, where she introduced Patron and benefactor Sheryl Leach to our project, she founded the Global Big Cat Alliance, which unites predator experts, both shamanic and scientific, to help save species. Apela and Linda have pioneered the “White Lion Dreaming” technique to help restore humankind’s contract with Mother Nature.

Beth Duncan operates out of Baltimore, with a wide-ranging career which includes US Foreign Service. After being called to White Lion territories for 3 years of consecutive leadership training, Beth has coordinated trans-frontier gatherings of indigenous peoples focused on earth healings, and well as business people in the western tradition committed to personal development.

Donalea Patman was an interior designer, operating out of Australia. After a number of trips to White Lion territories, Donalea gave up her flourishing career to dedicate her life to animal activism. She founded Fortheloveofwildlife, and brought the plight of lions to the attention of the Australian government, ultimately prompting a ban on lion imports into Australia.

Rev Ingrid Scott is an interfaith minister, entrepreneur and warm hearted philanthropist operating out of an exquisite home base in the shade of Hampton Court Palace, London. After a trip to the heart of White Lion territories, Rev Scott returned to celebrate the launch of One United Roar and offer her generous support to help us build an orphan/elders centre for our local community. The White Lions now grace her work for humanity.

Jason A. Turner is a specialist lion ecologist who has been studying the predator-prey dynamics of the lion prides in the Timbavati region for nearly 2 decades. After meeting Linda Tucker and reading her pioneering work on the White Lions, he has dedicated his research to furthering the scientific knowledge of these genetic rarities, as well as their urgent protection. Jason led the collaborative genetic study with seven different countries, including the UK, States, Namibia, Korea and Canada, (using comparative research between White Lions, Snow Leopards, Tigers and White Kermode Bears), which discovered the White Lion Genetic Marker in 2013. This ground-breaking discovery has enabled him to pursue protected status for the White Lions as a sub-species or sub-population, and the capstone animal for ecosystem conservation in the Kruger to Canyons Biosphere.

Jill Angelo is an author and author’s publicist, operating out of Chicago. After numerous trips to White Lion territories, Jill was inspired to establish her own sanctuary and rescue center for Chicago’s abused and abandoned dogs: Dog Moon Farm.

Kumm-sa Robertson originates from the Kumani Bushmen people of the Kalahari, first nation of the First Nations. After making a long journey overland to meet with Linda, Marah and her pride in 2004, the lion ‘spirit ancestors’ have worked closely with his people and in 2015, helped inspire his efforts to reclaim the almost-lost NuuKi language of his clan.

Leslie Temple-Thurston and her life partner, Brad Laughlin are ordained ministers and new-paradigm educators operating out Sante Fe. After meeting with Linda Tucker and reading her book Mystery of the White Lions, the founders of the philanthropic organisation, Corelight generously donated the founding funds to secure the Heartlands of the White Lions ancestral territories, Tsau.

Mireille Vince was the founding Patron of the Global White Lion Protection Trust. After reading an article on Linda Tucker’s conservation work in the London Daily Mail, Mireille made an instantaneous decision to come out to South Africa, and deliver the funds to free Marah and her cubs. She also went on to donate substantial support to help Linda secure their Heartlands. Now sadly deceased, her ashes are laid under the baobab in Tsau’s Heartlands, and son generous Ray Vince carries on her legacy of support.

Phillippa Hankinson is a conservationist with a long-standing supporter of the White Lions. She served on the Board of Trustees of the Global White Lion Protection between 2009-2014, then went on to found Regulus Vision which filmed the Blood Lions documentary, bringing the long-standing horrors of the notorious canned lion industry to international attention.

Shelley Ostroff is an animal right’s campaigner operating out of Jerusalem, Israel. After a pilgrimage to White Lion territories in 2012, Shelley was inspired to launch a global petition to Pope Francis, calling upon His Holiness to act in support of Nature. She also ensured that her thesis A Testament of Now together with Linda Tucker’s book Mystery of the White Lions (now translated into Italian – Il mistero dei leoni bianchi) was delivered into safe-keeping of the Pope in person. In June 2015, His Holiness published his revolutionary Encyclical, 180-page document addressing climate change and the oppression of nature as well as the needless suffering, killing and extinction of animals caused by humans.

Sheryl Leach is a Hollywood producer and one of the world’s leading educationalists and philanthropists, based in Connecticut, USA. After reading Linda Tucker’s book, Mystery of the White Lions and arriving in White Lion territories at the invitation of Dr Apela Colorado, Sheryl made an instantanious LionHearted decision to provide the funds for Aslan’s freedom (in a black ops rescue mission), as well as purchasing the ancient land of Tula, over 1600 acres of pristine wilderness to extend the White Lions Protected Area. She has offered her support to the lion cause ever since.

Maurice Fernandez is an internationally renowned astrologer, operating out of Israel and Hawaii. After a trip to White Lion territories in 2006, Maurice became a committed supporter and animal rights activist, directing large-scale funds to the cause, and pioneering astrological knowledge which uncovers their stellar origins.

Wynter Worsthorne is an international authority on animal communication, operating out of London and Cape Town. In 2002, she was inspired by the groundbreaking material delivered in Linda Tucker’s book, Mystery of the White Lions, to lead workshops to White Lion territories. The accuracy of her pioneering interspecies methods have become an invaluable bench-mark for Jason and his scientific time.

We’d like to acknowledge you and your important work. “Lions have been associated with humankind’s leadership since the beginning of time. Their iconic role is more important now than ever”

The Elders Speak for Lions and Nature 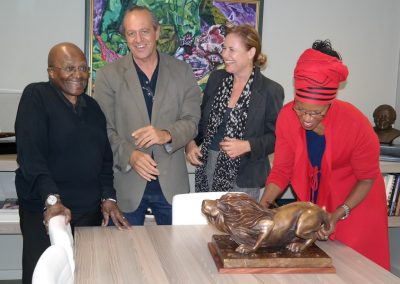 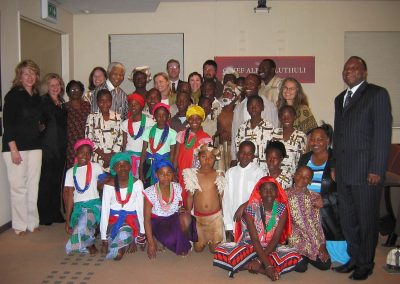 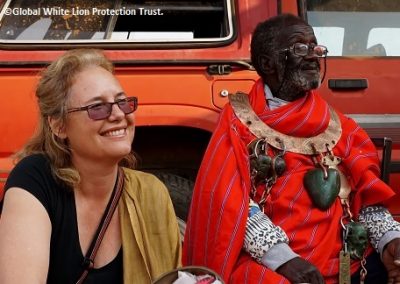 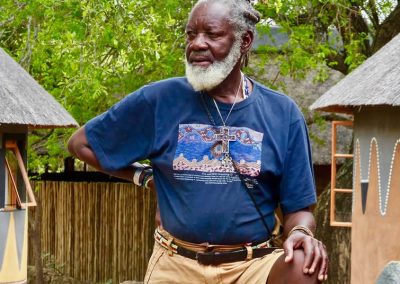